Frizz Fuller: Sitting on the Dock of the Way

Making the pilgrimage from the mattress to the writing typer, I look back briefly to distinguish a fossil in the sheets in the shape of a coiled man. I greet you with wet hair and only the best intentions, like as if I were jazz bassist Sam Jones distracting a listener, with rodeo clown flourishes, from an unbeknownst outside world. I’ve been to Vegas, stayed at a motel where only colorless fighter pilots stay. Its’ not as if they’re boring, or that they keep CD’s exposed in the blistering heat on the dashboard of their industrial looking muscle cars for no good reason. Perhaps it’s just that the U.F.O. creatures have removed the portion to their brain that buys into a great deal of the adult contemporary acoustic shinola. We can only hope. 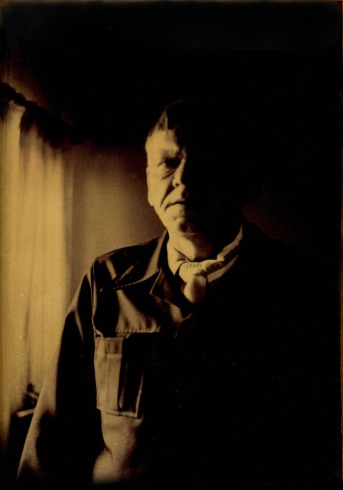 We had lunch in the coral overtones of The Sands Casino, Jane Hunt Ruble, Harry Hausman, and myself. After our rest-home caliber snack we then met up with the legendary songwriter Frizz Fuller at his lock away digs on Charleston Street. Ruble was my companion on our trek out from the Inland Empire. She was a child actress in the Eisenhower years, appearing on episodes of Gunsmoke, and Lassie, and was now a proud resident of the last vestige hayseed locality of Muscoy, California. She also served as a dedicated environmental activist for our valley, which for land developers had become like a game of roman solider dice being thrown over the Cajon Pass. Hausman fleshed out as a black jack gambler with a system, a record producer, and presently in the employ of one Gene Autry at KTTV. He awaited our return out in the mini-truck because he had an anchor of a broken foot. 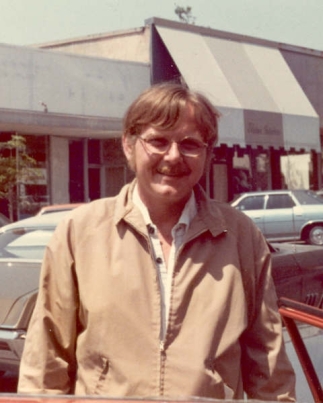 Once inside Frisby surprised me, coming around from behind, at the same time as somebody’s mom, and fellow patient, was busy counting my dimples. She had a little dixie-cup with some Walt Disney colored pills in them, and I’m sure she was only fascinating herself as to how she thought they might easily be tucked away in a dimple. Frizz of course had on the perfect suave getup, a black polyester leisure suit to a legendary degree; Bozo arm wrestling Dean Martin, and a shaky fist full of King Edwardian cigars. He denounced music, in what sounded like prepared repartee, all the carpeted length up to the confines of his key-lime colored room, one which he shared with three other gentlemen, who looked a little too much like the Walt Whitman sisters for comfort’s sake. With my trusty tape recorder I captured 100 minutes of top military secrets and there an audio documented promise that I would indeed receive a gift subscription to Readers Digest.

One of the side intentions of my visit to Vegas was to deliver to the mitts of Frizz an autographed copy of the book, Unassigned Territories, written by one of Pomona’s greatest novelists, Kem Nunn.  He was speaking at UC Riverside at a book festival.  I had at that time been doing a weekly radio show on campus called The Starvation Cafe Radio Archives.  So i was just able to catch him before I was to depart for a landscape more Wayne Newton-like.  Kem and Frizz where old partners in crime back in the 1960’s, and Fuller was the basis for  one of the characters, Bughouse, laid out in the book.  I guess you could say that this was as close as i might ever get to a Neal Cassidy.   Frizz was not as amused as i was, but i could well see that one coming around the pike.  In yet another literary aside, author Wayne Wilson once told me, “I took one element of the character Miles Duckworth in my novel Loose Jam, specifically his talent for wreaking havoc on any house he entered, from Frizz”.

Before I departed from my visitation, the king of ultra dimensional songwriting pulled me over to the side in secret. With a cool B-movie gesture he handed me a Christmas card that was sent to him from Bug Music of Hollywood. “Take this and don’t tell anyone”. I looked down at it to see what I might be risking my future for. It was indeed a Christmas card featuring the staff of Bug Music, with all their heads put humorously on the bodies of flies. Then on the inside of the card you were warmly greeted by an array of Xeroxed signatures of the whole gang, Hollywood, Nashville, and London. I quickly submerged it into my daypack in which also resided the roll of film which held 35mm images of Frizz, Harry with mouth agape beside the Casino, and banjo kingpin Saint Pat Cloud perched beside a virgin mother statue with a galloping pony in her arms, for all mankind, not just some. I mention this because I would in a few hours loose this film in a Thai restaurant in the swan dive crumble of a strip mall leant over a plate of sweet curry noodles. I was later in the hopes that, if they found it, that they would at least put it up on the alter with the big laughing bronze beer-belly Buddha and the even less morose, dying flowers. In parting I gave Bob Fuller as much of a military hug as I could muster, and then believed that I could actually feel the entire vibratory story of this human bundle of finite shell shock. We made our way back out into the Vegas traffic, “not too much truth but lots of consequences”. I am relieved that I am no longer concerned that someone probably has a collection of me on video from numerous bank surveillance cameras looking down the teller’s blouses. Day by day healing they call it.

The ride home was a long smooth squeeze through the chaparral. The sun was a cheap pocket watch of a hypnotist, as I dozed with a rear view mirror full of Gotham and dreams of a quantum sensual version of The Frizz Fuller Story. Out by us in the center of the sparse but most urban portion of the California Mojave Desert is, akin to a Frizzian level, a prospector on peyote’s Stonehenge called “Hulaville”. There the relics of old colored bottle trees and impoverishly painted Polynesians stand as mere residue of the primal art vibration present, seemingly fallen into flame in the real desert shantytowns. This phenomenon was for me, and can for you, serve as an inanimate master of ceremonies that proceeds and prepares one for a desert songster such as Bob “Frizby” Fuller, and unfolds in earthy footprint, in turn, his holy stomping grounds.

Early on in my self-defined education I went to study the life habits of this ultra dimensional master of ramped reality first hand. In an apple-less valley, not unlike like Kerouac, he lived with his mom. There he was, a man to me whose song-mind made the vastness of Death Valley easily fit onto his grandma’s teacup service. At the same time that he was confined to a V.A. hospital, bingo at five, he was also held in praise by such visionary seekers such as Jackson Browne, Linda Rondstadt, Chris Darrow, Leo Kottke, and David Lindley. As we like to title him, “the William Burroughs of cactus and car lights”, the respect files in probably most truthfully for his treading in, and dancing from, one side or the other, of his art’s very razor’s edge. Fuller immerges as a psychological Indy car driver paving a certain uncertain way that leaves such greats as, say Tom Waits, happy to be just acting, and not in fact chancing all aspects of ego emancipation. 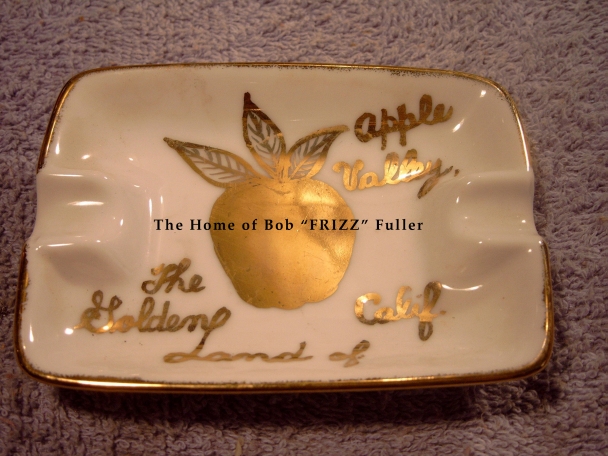 The first time I entered the Fuller home in Apple Valley he refused a bottle of ruby red port that I attempted to offer him in a manly bouquet fashion, all be it on the green floor of a going concern.. The next thing I noticed as I self secretly scanned the room, was a stack of roughed up letters on the kitchen table all addressed to one Trigger riding cowpoke star, Roy Rodgers. I marveled in the jaggedness of the almost kindergarten script and the return address, Frisby Fuller, Apple Valley, California. This is the sort of shrine material that fueled me on when I was younger, as we raced through the open scoundrel laden desert communities of Barstow and Dagget, him and I. Frizz was at the helm, as he should be, pointing out U.F.O. landing sights in his chili pepper red Ford Grande Torino. All was seemingly righteous on that white vinyl with the driest of winds rummaging his dusty colored hair, and the super hot sun glistening on his false teeth. Below raven dark glasses he informed me that this automobile was the material weight of the entire royalty quotient of his career. There could be nobody better, with his mesquite eyes, to sweat with on white vinyl and entertain the thought of a life’s pursuit in songwriting. This someone who could in one moment expound on a theory of hippie concentration camps, and in another reveal the recipe for fried popcorn and brains, was no model citizen. He spent no time of his day worrying about what the world might be ready for, or might he make a success of this. It was at this time in his career that he chose to leave the grand piano in exchange for the cheapest Casio Tone keyboard on a gun strap that mankind could meekly offer. To me a natural genius is someone who can seriously study Lao-Tzu and Emily Post in the same mind set, one who really understands the desert as if it were still under the sea. We are talking about a man that is as raw as the day is long, but realer than the day is usually capable of. I present to you in full circle, “the softest working man in show business”, Bob “Frizz” Fuller

Fuller and author outside the Starvation Cafe, Fontana, CA

Martians at the Window (Frizz Fuller) appeared on a Kaleidoscope reunion CD entitled Greetings From Kartoonistan, and featured Chris Darrow and Chester Crill.