One electrifying set of childhoodish memory came rushing back to me today as I sat to watch a documentary film celebrating the career of record producer Ahmet Ertegun. The 1969 memory in question was presented to me via an old stand up, spring-motor driven, hand cranked, rosewood cabinet victrola that was stored in my grandfather’s house. I was fifteen years of age and just noticing, frightened by the stillness, how lonely it was in his empty house after his passing. I then happened across the player, and a clumsy black stack of musty shellac discs. It became my secret place of solace, and I hid in the listening, and it became the soundtrack of my life because nobody else wanted it. When you have three other siblings, and no money, you acquire your power where ye may. It was there that I stumbled across one particular 78RPM recording of one Big Joe Turner doing, Shake, Rattle and Roll on Atlantic Records. 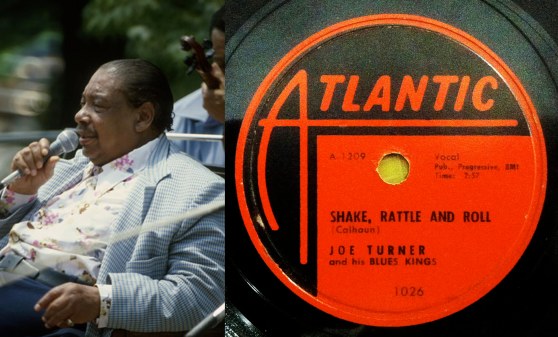 The small collection of records I unearthed did not in any way reflect my parents taste in music, it was just someone else’s throw out pile, so I had no reference, as I think back, to the cultural significance of the offerings. But I flat wore that record out, winding and rewinding that machine, in a certain dance of what might be considered by today’s standards, a health club. It was like Big Joe was frying bacon for a gramophone breakfast. Then one day, I can’t remember exactly why, I image the house was most likely becoming structurally unsafe, my parents agreed to let the Fontana Fire Department burn the house down for some sort of ritualistic Hades practice. So I came home one day from school and it was leveled to ash. My mother had asked the workers adamantly to be sure to remove the victrola. But they blundered in their promise, and there then looking down I spotted among the char, the slight peeking remains of that orange Atlantic label.

As usual most memories fade and become unreliable, but the one thing that still rings true is the fact that I recall then, myself taking the Rattle and the Roll remains out to the back field behind the clucking chicken coops and under a swaying black walnut tree and burying it, and patting it down with a rusty shovel, in a manner not unlike how one might bury a beloved pet. My brother, who even in high school had his clothes tailored at Black’s For Men on Sierra Ave., always had the most recent Elvis records, while my mother played the sobbing recordings of Irish tenor John McCormick, and often in recreation, belted her way, eyes tight shut, through spinet piano versions of The Burl Ives Songbook. The only records any of my contemporary playmates had in Fontucky were baseball gloves, as we terrorized, pack-like, the oat weed sandlots, ignoring the mystery of girls, and hiding from the adults who always came roaring in intact with opinion.

So I guess on a sociological level this is telling evidence of a convergence of three heroic principals that tie my life story to the bedpost. That of Ahmet Ertequn, Big Joe Turner, and my mother, Eleanore Rosaline Brayer. I’d like to think that life is more complicated, but this is a nod to its simplicity. We’d like to be grandiose, but that’s just our imaginations having play at us. Let’s face it and move on, our lives are so simple a monkey could live them. We could be humble, but there we’d go again, thinking we were complex.

But what it tells me overall, and reassures me lesson-wise, is that i had an affinity to jump swing R&B before i even knew what it was.  It was immediate. Somethings we all do because there “cool”, and that’s o.k., and it’s natural, but other things connect with us on a gut level.  Those I pay attention to.  Those are the only ones i feel worth talking about or writing on behalf.

I had a similar experience one time with western swing fiddle music.  About when I was in Jr. high school i was crossing the carpeted living room of a friend in Fontana, on Boxwood Street, and i remember unrelatedly that the chief of police lived across the street, and a few doors down our teams best running back, but the t.v. set was in mid-western cowboy hat theme and a guy started to saw his fiddle, and i was frozen in my tracks.  At that point i had no musical reference, the Los Angeles Dodgers base thief Maury Wills  was my only god.  I didn’t know what to make of it, but that fiddle break i heard, the one still emblazoned in the back of my memory pan, probably maybe someone like Bob Wills and the Texas Playboys, because Roy Rogers never would have played so genetically hot, or let anyone for that manner detract from his syrup ego-driven voice.

These natural happenstance all became part of my pleasant divination into the world of music.  What do those lead to, or harken?  From shear insanity to great integrity?  Or maybe a suitcase full of dog eared song-words kicked under a future bed.  Everything has destination, as sure as gravity.

The third part of this extra Trinity-aside would be another t.v. moment, me hearing a certain instantaneous music moment that I forever sought, also since childhood.  When i tried to investigate, all I had for myself byway of description was that it was the sound of beer can silver clouds parting and sun spikes beaming through.  Not even the Easter bunny could be of much use.  But then some twenty or so odd years later i finally overheard a piece by Palestrina (1525-1594) on my car radio, coughing through bracken Pedley, California on all saints day, and the voltage struck, that’s it!!!.  Another piece of my musical puzzle fell in place.  All I’m trying to point out here is that i am apparently made of such signs, and that you are made of such signs also.  I don’t ever for the life of me think that I’m here exclusively to make a difference as much as I’m just here to differ. 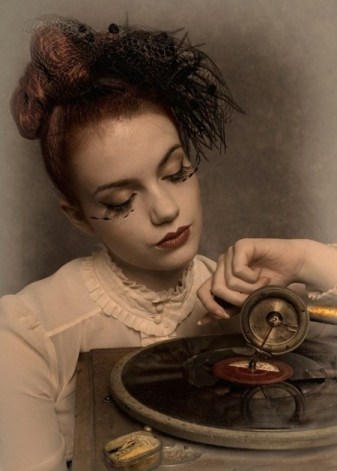 3 thoughts on “You Gotta Start a Trinity Somewhere”